Today was a great adventure.  And I certainly learned a ton about myself!!!  We started off at 9 am on Rampart's Walk.  No breakfast.  And that's probably a good thing!
These are the steps going up.  The first time we tried in 2014, I couldn't do it.  I am allergic to heights!  My stomach just turns upside down and I can get pretty sick.  In 2015, I made it to the top just fine.  No problems at all.  Today - worse time ever.  Tense, nervous, sick....but I did make it! 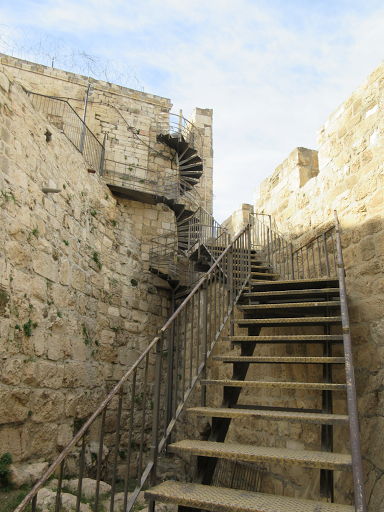 With extreme caution, I looked back down to where we had come from and took a picture.  I think I had to do that because this is one hike I will never do again in my life.  Still, at age 65, I think I managed quite well. 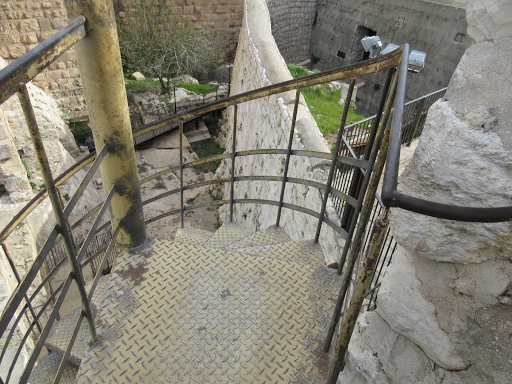 When you start out, you feel so safe because you are enclosed in this narrow walkway.  Every now and then there is an opening where you can look out and take a photo. 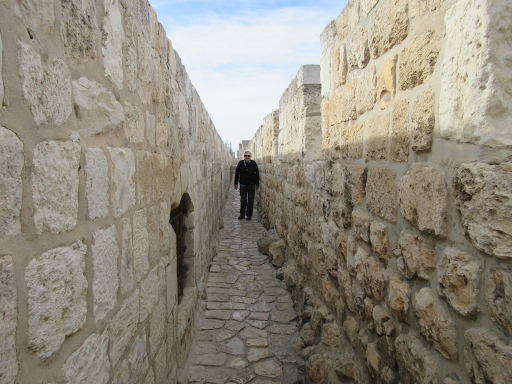 On the inside in one corner, there is an empty field in the Armenian Quarter.  Imagine if this would be developed. 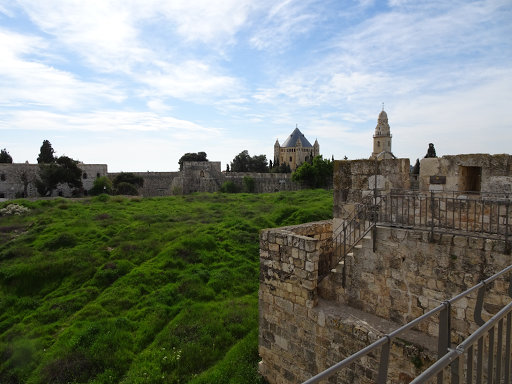 If you can see the 3 palm trees in the center, I was on the other side of them painting yesterday.  Great panoramic views from the top of the walk. 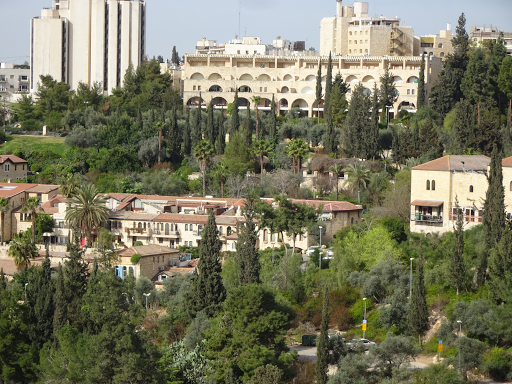 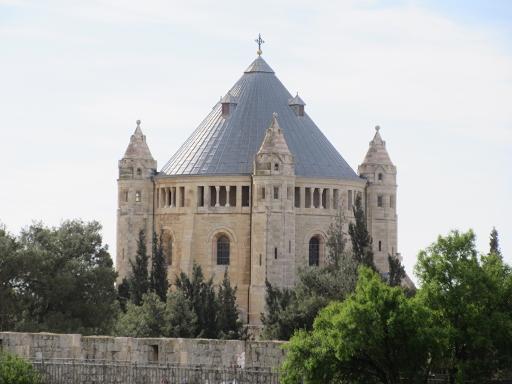 The walk goes up and comes down several different times.  Those high spots with nothing on one side...yep, my nerves were pretty much shattered at times! 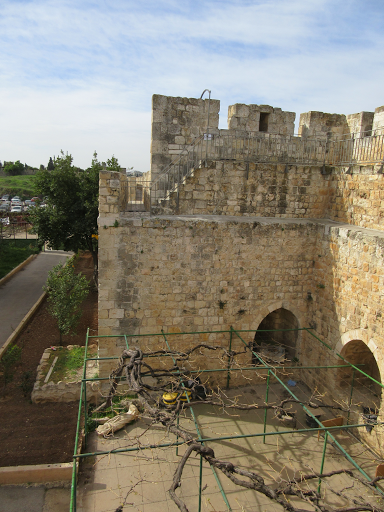 Looking out at the King David hotel where we stayed in 2010. 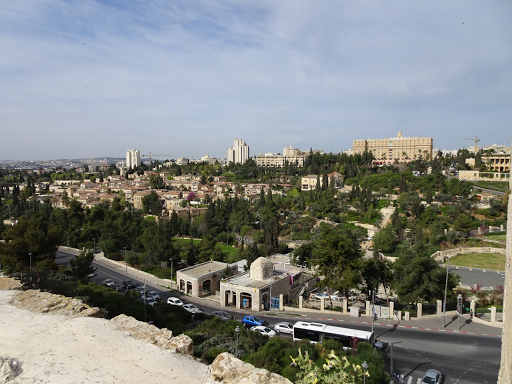 And yes, when going up and down the steps, I pretty much held on with both hands! 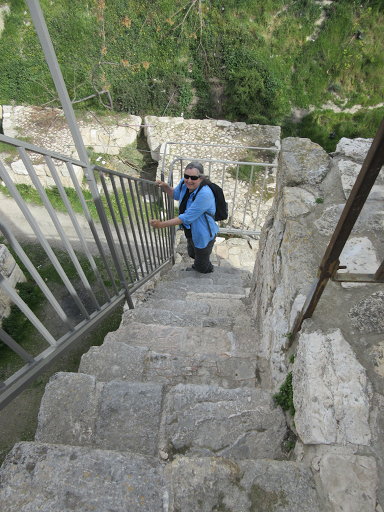 After exiting near Dung Gate, we walked down past the new digs at the City of David.  Hoping these will be open to the public on our next visit. 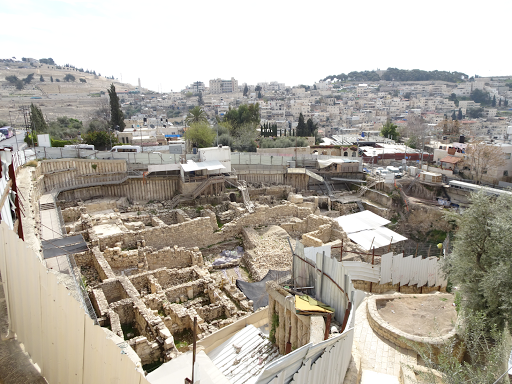 Inside the City of David, we did Hezekiah's Tunnel.  I could not believe the increase in tourism at this site.  When we first visited in 2010, there was no one there at all.  The tunnel itself was silent.  This time - filled with kids screaming their heads off and let me tell you, they can sure scream!!!  Sorry for the quality of the photo - it's about the best I got.  No lighting in the tunnel, we had overhead lights on.  Be sure to take water shoes and pants that zip off.  Our 3rd time to walk this and the last time.  That water is ice cold!!! 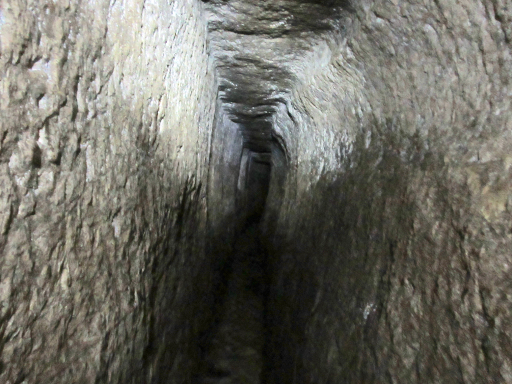 When you exit out, there's an Arab dealer.  He's been here forever and we've seen him on each of our past visits.  We did not know that he was a friend of Sams.  He was waiting for us today as Sam had told him I was looking for Roman glass pieces to take home and make my own jewelry with.  He had some nice (and very expensive) pieces, but I found 3 that I could afford.  Absolutely no idea what I will make with these...but I'll be getting out the torch to fire some silver! 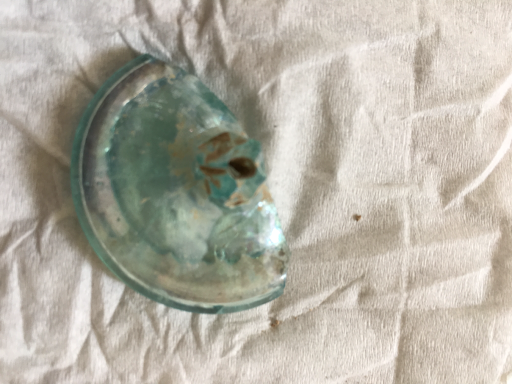 This one has a lot of patina and shimmer to it, but not showing in the photo 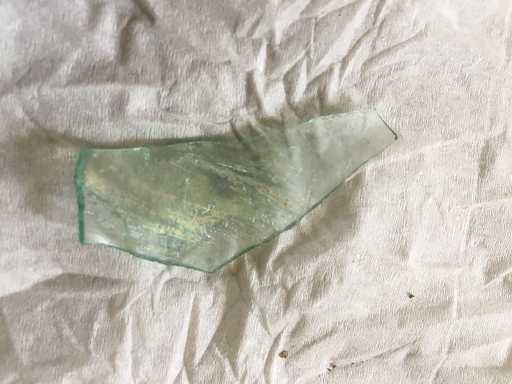 If you turn it the other way you can see it was the opening to a perfume bottle.  I just think it will make something cool! 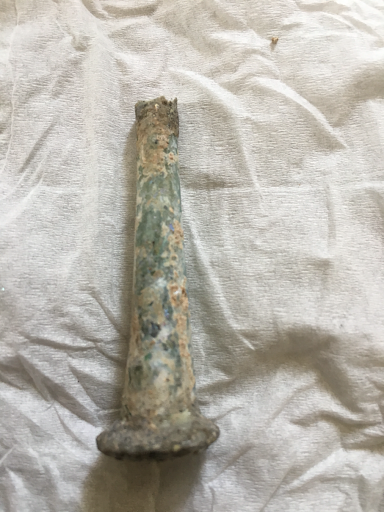 This year there's a new path back.  You don't have to walk through the Arab section and I have a feeling this is why tourism has increased.  Looks pretty nice, huh?  Just wait! 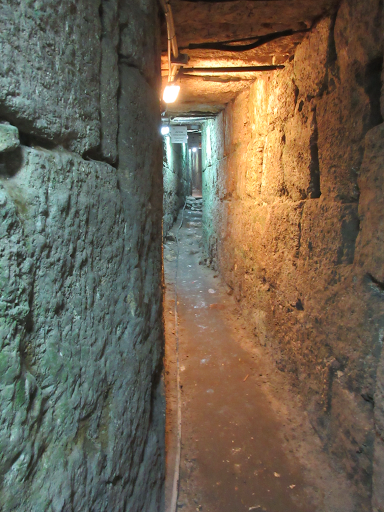 It's called the Stepped Road and Drainage tunnel 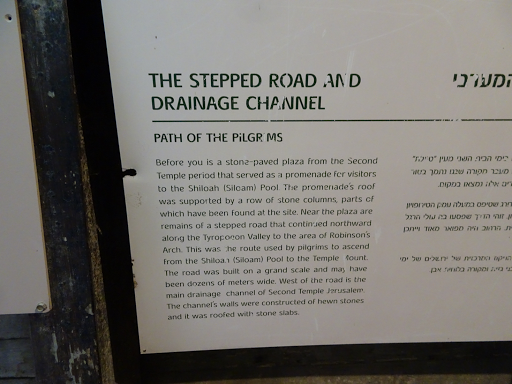 The nice path we starte with turned into steep steps.  The water seeping in kept the the steps slicker than ice.  So here we are, climbing over rocks and cobblestones, going uphill, slipping back down about every 3 steps.  April would warm me that it was slick or to duck my head.  That was funny enough but then we came to a part of the tunnel that was so narrow, you had to turn sideways and they had hung slick rubber panels on each side so you could shimmy through without getting snagged on a rock! 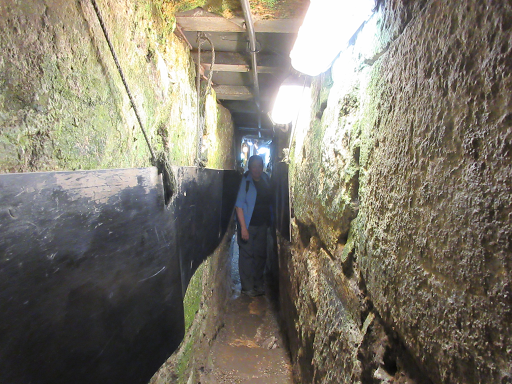 See the green stuff on the walls?  When we came out, I had it all over my hands.....that was from grabbing old of "nothing" trying to hold on when I was slipping! 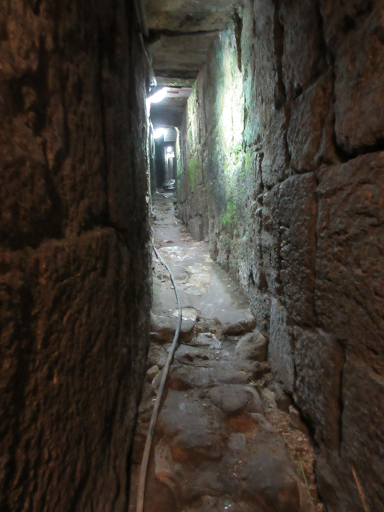 This new tunnel exits into the Jerusalem Archelogy park on the south end of Temple Mount.  So if you are smarter than us, you could get in "free" by doing the other 2 tunnels first!  We climbed up out of there and saw this painted on a stone wall.  I love it! 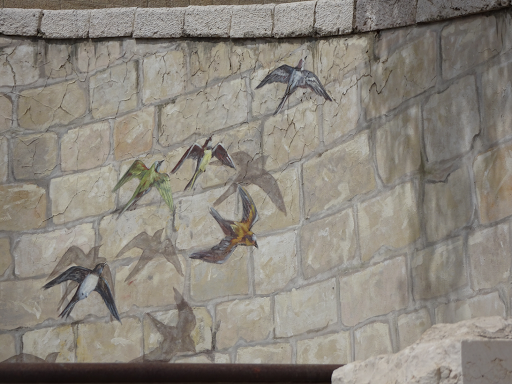 It's near the bottom of the steps up to the Jewish Quarter.  April said, "oh, these are easy steps!".  I counted.  147 steps from the bottom to the top....after all that other walking....and still nothing to eat for the day.  There was absolutely nothing "easy" about those steps!!!
It took lunch, a long rest, dinner and about 8 hours before my stomach settled down.  It was a great adventure!  I highly recommend it.  I won't be doing it again!
Posted by Jennifer Moore Lowe at 10:01 AM