We slept in til 10, got to breakfast by 11 and were at the pool by noon. In and out of the water til about 2 pm when the rain came. OK, it can pour down rain here and it's still nice enough to be out walking in it. But mostly, it's just a light constant sprinkle here. We decided to walk across the street to a restaurant we tried out last time. Sort of an outdoor hamburger grill. Good food!  Decided to have a simple quesadillo today. Don't you just love the bright colors? 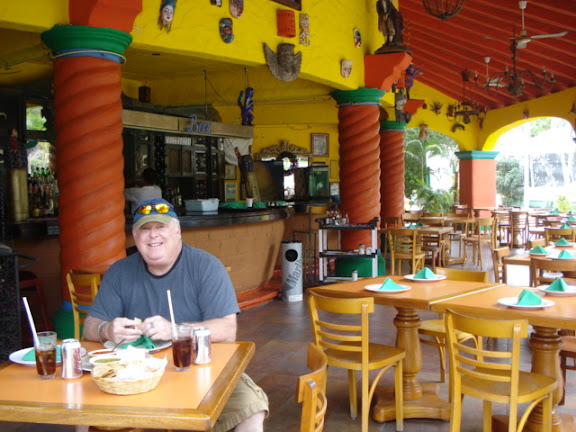 Next door, Gregory was working at his loom.  He was pretty amazing to watch. He used his hands and his feet and shot the spindles through it like lightening bolts.  So I had to get some photos and talk to him. 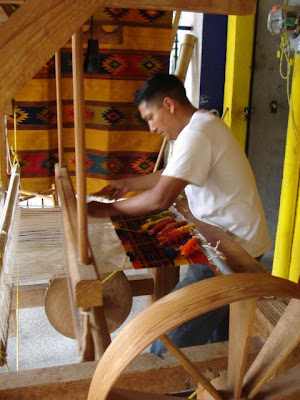 He showed me photos of his mom who cards the wool and dies it, then he told me about all the local berries and roots they still use for dies.  Again...amazing differences between the old and the new (his photos were completely professional). 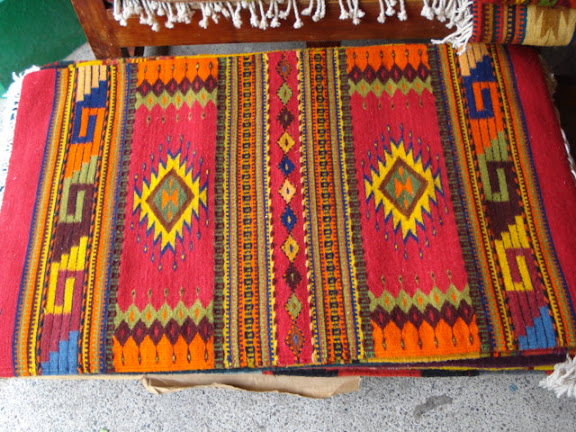 The loom really doesn't look all that old, but you can tell from how it is assembled that it is.  I think the kid just keeps it in mint condition. 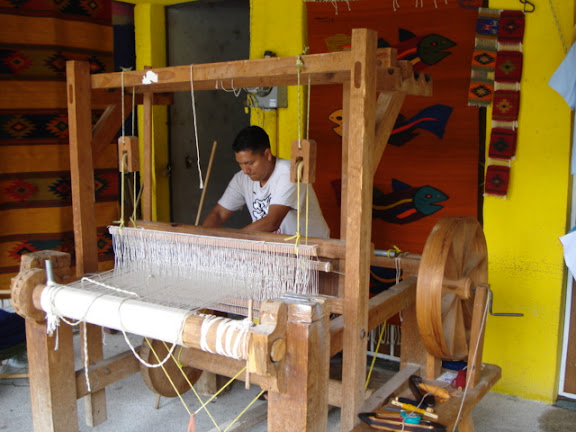 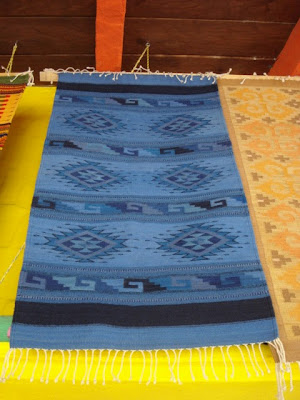 Gregory took it down and assured me that he had made it himself.  Well, it's a good story to say the least!  And I was truly impressed with his skills at the loom.  So...I'll just have to make room in my bags to get this one home! 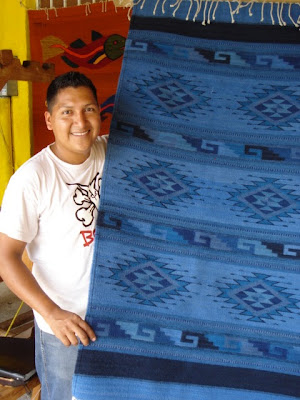 And then I'll have to find a place on the wall for it because Kerry says no one is going to be walking on this!  I think he was just as impressed as I was!

So we had another afternoon of rest in our room while the rains continued to fall outside.  Sort of nice! I got to skype with Linda and Susan this afternoon - how cool to be so far from home, yet so close!!!

I looked out the window about 6 pm and saw them setting up tables on the plaza. Checked our itinerary for the day and nothing. So we headed down to see what was going on. I guess it was Mexican fiesta night or something. Dancers were there serving shots of tequilla, Mariachis were out playing. Lovely covered tables and padded chairs. We took a seat and it wasn't long before I realized (felt) that the rain had soaked our seats and when we stood up - yep - we had wet rear ends! But so did everyone else and I don't think anyone gave it a second thought once we all realized we were in this together.

We had a wonderful dinner. There is just something about eating outside next to the ocean that can put everyone in a great mood! And we did a little browsing with the vendors after dinner. You used to be able to buy a sterling silver beaded necklace down here for $20. The current price is $130. Quite an increase in the last 5 years! But they were nice to look at! 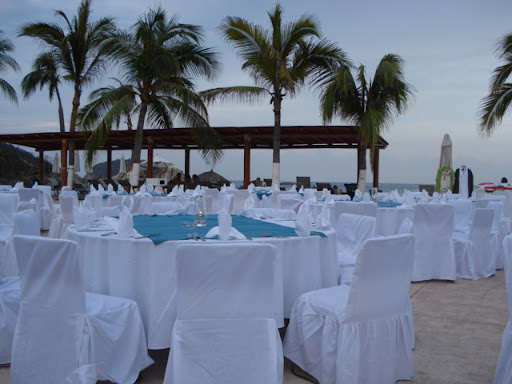 The girls are standing next to huge shot glasses filled with red and green tequilla...and the table is covered with small shot glasses they were handing out. 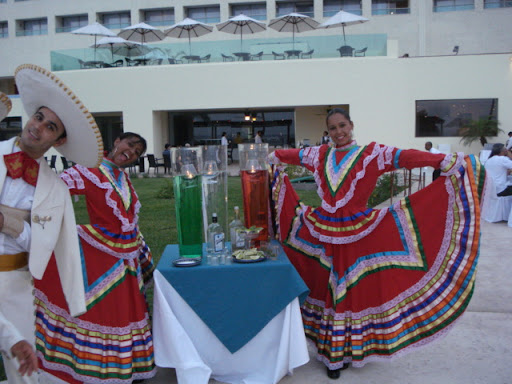 We think this guy has had a few   too many already!!!  Someone told him he must have to stay drunk to wear those pants!  Made me laugh!!!  He replied that tequilla is "mexican water"! 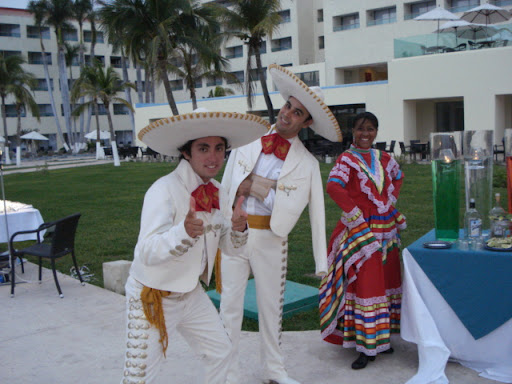 We're half way through our stay today - best vacation ever!
Posted by Jennifer Moore Lowe at 7:00 PM

Email ThisBlogThis!Share to TwitterShare to FacebookShare to Pinterest
Labels: Huatulco