On the road again!

Well, we've been on the road all day today, so I thought I'd share some more photos from the convention last weekend! Are you a nesties lover? If so, just scroll down!

But first....I do have so many laughs when I demo! Here's Kathy and Peggy. Hmmm...I think I'm not the only one who laughs a lot!!! 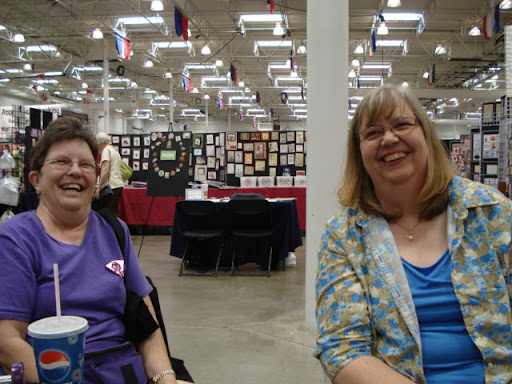 My good friend Judy, who owns a Stamp Of Excellence in Canon City was there: (do ya think she is trying to cover up her face???) LOL! 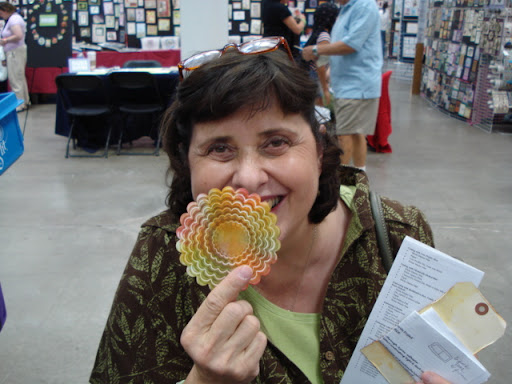 and when Sherry showed up....well the laughs just started all over again! 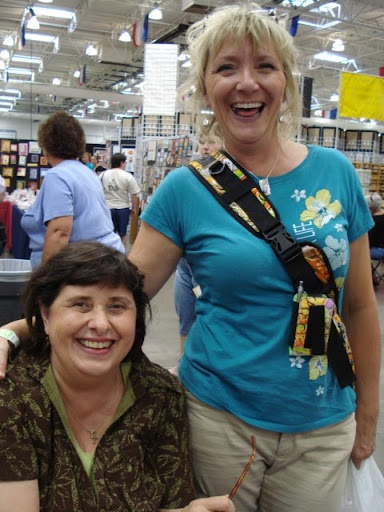 I have absolutely no idea what I was doing....but all of a sudden there was a huge crowd watching. I really think they just wanted to be part of all the laughs! 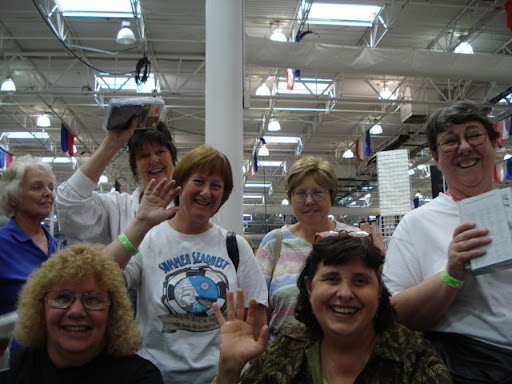 One of the things I showed was how to make a round scalloped card. This one opens like a clam shell. Sort of cute! 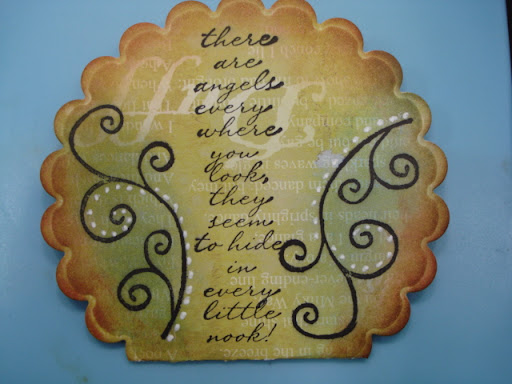 And then I decided, well, why not put diecuts on top of the nesties cards? Oh....just opened up a whole new world of thinking as we added stamped images to the background and then on top of the diecuts! 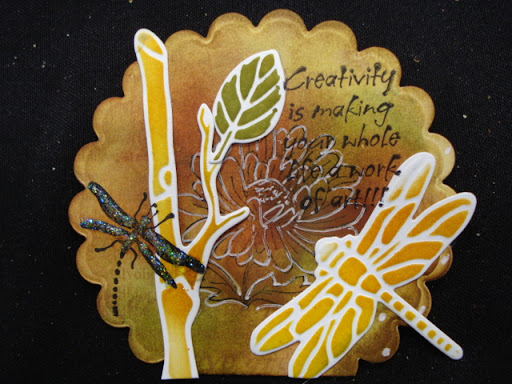 And who needs a card? I just cut a nestie and put a diecut on top of it. But....look closer. The nestie is embossed in a different way. The first circle is debossed, the second one is embossed. You can do that by putting the dies on both side of the paper and running them through the emboss sandwich. Pretty cool, huh? 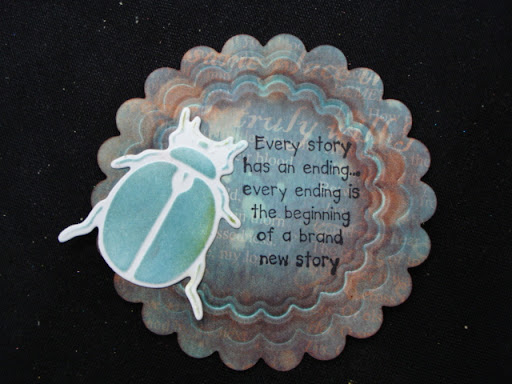 And then I showed everyone how to make their own "basic gray" type paper. That used to be white cardstock! 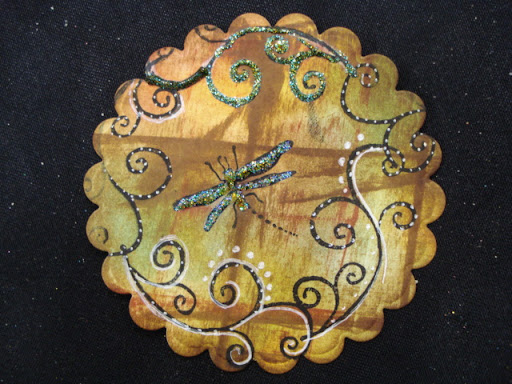 So I guess it's true....when I demo at a show...you just never know what you might see me do. But for the most part...I just giggle and play!!!
Posted by Jennifer Moore Lowe at 4:00 PM