Meeting the artists and telling the story

Our hosts for the day were just incredible.  I don't know why, but every time we visit, they feel like we need to be entertained!  This trip, we visited east Gush Etzion and learned much about the area.  It's dry.  The end of the watershed and beginning of the desert.  And they always introduce us to artists.
The view from Yakko's back yard was spectacular. 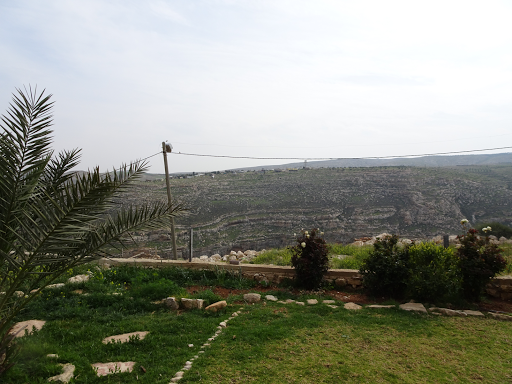 He built is own house.  He now makes sterling, gold and copper jewelry.  His friend trades in diamonds.  Interesting young men. 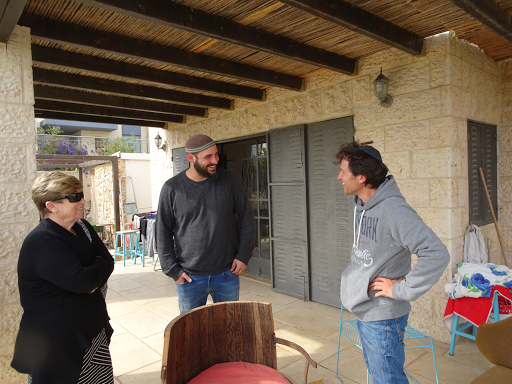 On the way, we walked from Zion Gate to First Station - a former train depot.  Look closely and you can see where they left the old train tracks and created a wood platform on top.  It wasn't open yet, but lots of vendor stands.  The metal arched frames will house canopies this summer to keep the heat away from visitors. 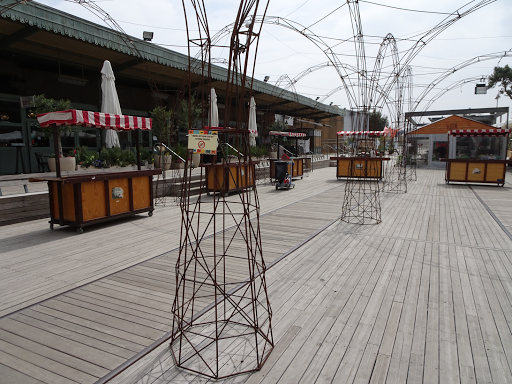 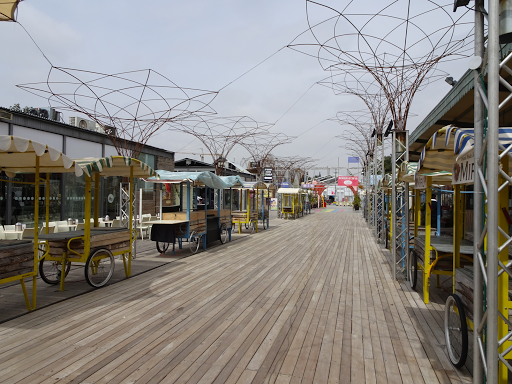 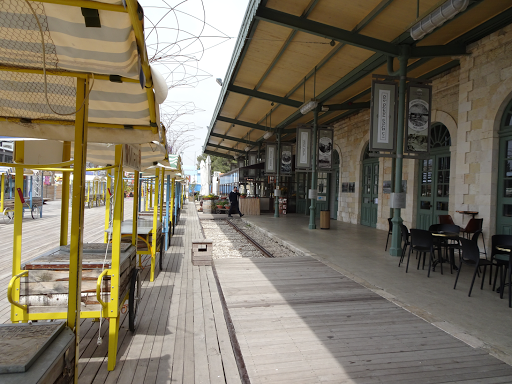 New this year was a carousel, and a children's playground. 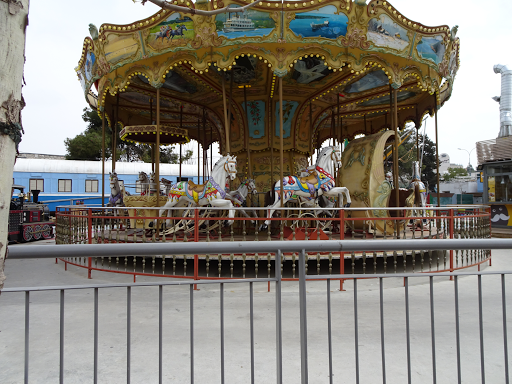 Then to the Gush Etzion Community center where I told the story of the Jews who tried to farm in Cotopaxi.  I have to say, I was more relaxed than anything - I just felt like I was "home".  And the people loved the story.  Some were descendants and some just came to hear. 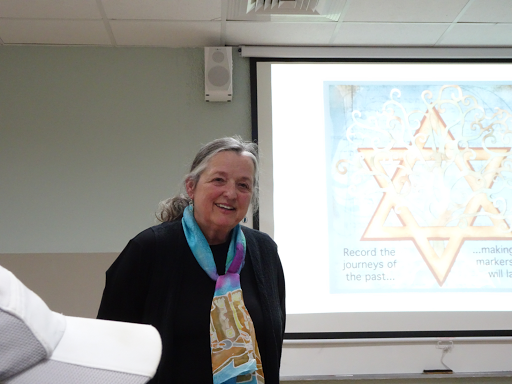 Our friend Haim gave a wonderful introduction and a great close.  There are over 200 descendants of the colony living in Israel today. 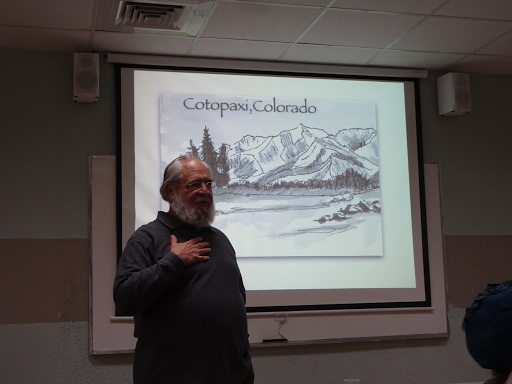 Probably 50 - 75 attended.  Their comments were so heart-warming.  I think they were mostly amazed that a gentile family is doing this research and preserving the Jewish graves at the cemetery.  But I am most amazed by these people who are pioneers in the West Bank, who build houses and settle there against all odds, whose lives have to be just as difficult as the Jewish pioneers in Colorado. 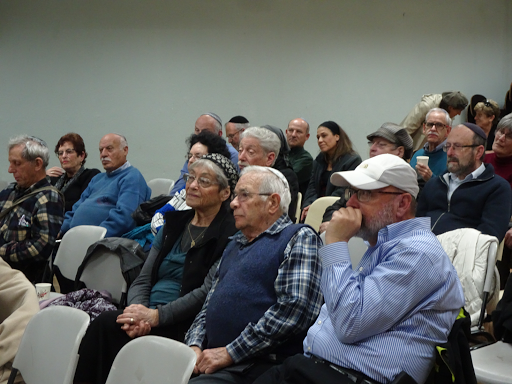 We returned to walk past several more bands from the "Sounds of the Old City" - 3 night musical event.  Incredible acoustics in this place - echoing between the tall buildings.  Hundreds upon hundreds of people in attendance. 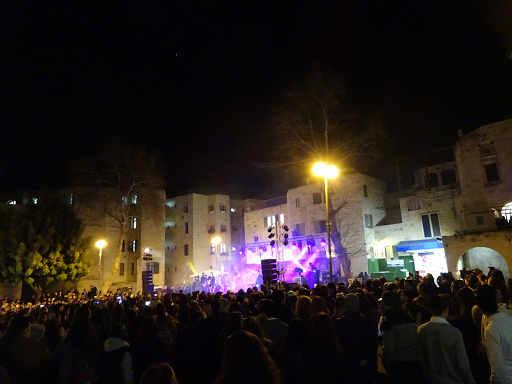 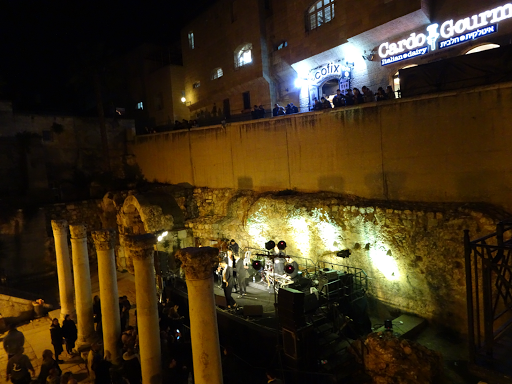 That was yesterday.  Today, I needed to rest a bit!
We started the morning at the Western Wall.  Then the Temple Mount Institute tour.  We totally lucked out and were the only 2 people in this tour.  Amazing.  While photos were not allowed, we could walk right up to the display and not fight a crowd of people.  They have rebuilt all of the items to be used in the next Temple.  A very good explanation and I would highly recommend that if you come to Jerusalem, you visit this place.
Then we decided to take the Via del la Rosa - haven't done that in 12 years.  Started at St Anne's which is the Bethesda Pools - ok, the most commonly accepted site for that.  You have to wonder if they dug down another 10 stories what they would uncover! 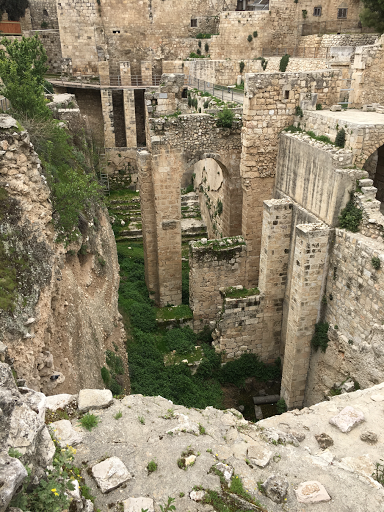 We did most of the 12 stations.  It is truly sad to see so many people who believe that "this rock" or "this spot" is where something actually happened.  That they do not stop to consider 2000 years of history.  I think our visits to archeology digs have opened my eyes.  If an earthquake can topple and entire city and the winds can blow in the sands and completely cover the ruins, how can you be certain that the same thing didn't happen here?  If you are right next door to and archeology dig such as this church, it is nearly impossible to believe that the event took place up on this site, and not several layers below.
The courtyard is gorgeous 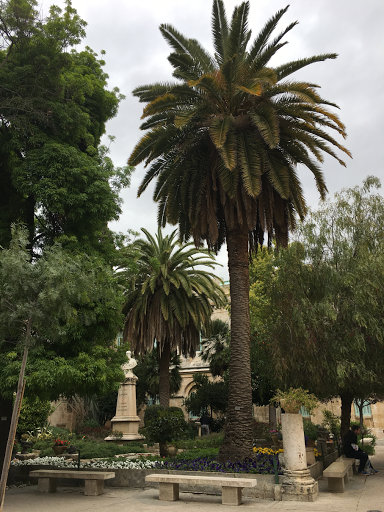 The church was constructed in the 1400s.....so I doubt it's the actual site of Mary's birth....just a supposed site. 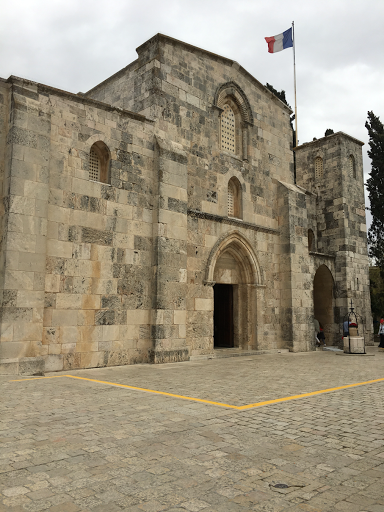 Some of the archeology digs behind the church. 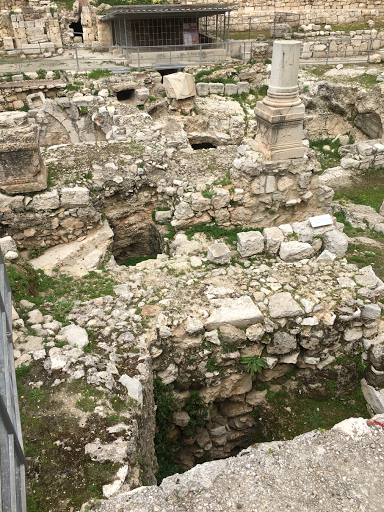 Saw this t-shirt in the Arab market.  Problem is, it's so true.  If you are with a tour guide, they will only allow you to stop a certain shops.  Ever wonder why?  It's because they get a kickback from any money you spend in that shop.  The same thing with restaurants.  When we did our tour in 2010, we refused to sit down to lunch in the guide's cousin's mother's restaurant.  Instead we just walked down the street and found something we could eat.   We later saw our guide talking to the guy who waited on us and sadly, that guy had to give him money, even though they didn't have an arrangement.  I hate this aspect of a tour.  Love that we can enjoy the freedom to do what we want, when we want to! 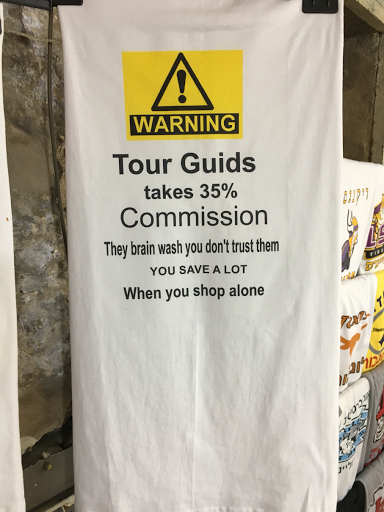 Lunch today at yet a different place.  Tried fried sheep cheese.  Probably won't do that again.  It was greasy and salty.  Not sure what was in the roll!  I tried it and did not like it.  Some kind of ground lamb and beef with red cabbage and pretty juicy. 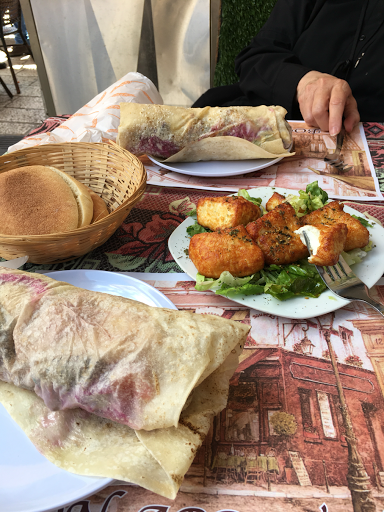 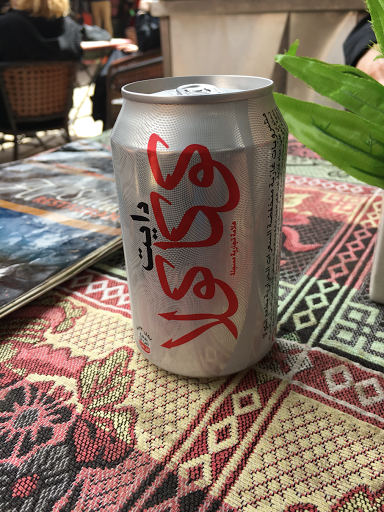 After lunch, we came back to the room as I wanted to research the Noahides - righteous gentiles.  I fell asleep.  LOL!  Suppose I needed to just rest today.  This evening we made our way out to dinner.  Excellent chicken kabobs with leftovers for tomorrow.  Then a short stroll through the music as tonight is the final night.  It's been another fantastic day in the Old City and I am just loving every single moment!
Posted by Jennifer Moore Lowe at 12:01 PM