The CEO is naked!

The Emperor's new clothes was a fairy tale by Hans Christian Andersen. It went like this:

An emperor who cares too much about clothes hires two swindlers who promise him the finest suit of clothes from the most beautiful cloth. This cloth, they tell him, is invisible to anyone who was either stupid or unfit for his position. The Emperor cannot see the (non-existent) cloth, but pretends that he can for fear of appearing stupid; his ministers do the same. When the swindlers report that the suit is finished, they dress him in mime. The Emperor then goes on a procession through the capital show off his new "clothes". During the course of the procession, a small child cries out, "But he has nothing on!" The crowd realizes the child is telling the truth and begins laughing. The Emperor, however, holds his head high and continues the procession. 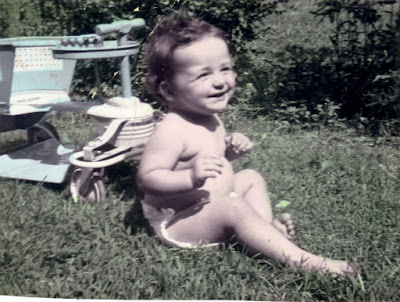 The CEO who cares too much about his product hires staff who promise him the finest products anywhere. These products, they tell the CEO, are only "bad" or "defective" to anyone who is either stupid, or unfit to be considered a valid human being. The CEO cannot see the "bad" in his products because if he does, then he would be "stupid"...his staff does the same. When the staff reports that the products are done, the CEO proudly displays them at a trade show, a convention, a grande meeting of some type. Showing off his products, someone cries out "it broke!" or "it just doesn't work!". The crowd realizes the person is telling the truth and starts to laugh. The CEO, however, holds his head high and continues to make the same product the very same way. After all, anyone who thinks it is "bad" or "defective" is just plain stupid.

I have worked 33 years in the business world. I have an MBA. I am retired. And now I just play. But I see this scenario over and over and over. My first experience with this was in the late 1980s when I was employed at the then Martin Marietta corporation. The CEO surrounded himself with 10 layers of VPs and managers who all praised him. Not one person ever mentioned a problem....while the little worker bees on the front lines buzzed day in and day out about all the problems and how the company was going to go under. Well, they didn't go under, but they were bought out and are known today as Lockheed Martin. CEOs just do not realize they are "naked" because no one tells them!

CEOs in the craft arena are absolutely no different. They surround themselves with design teams and staff members who tell them they are wonderful and that their product is the best thing on the market. They get told over and over that anyone who does not like their product, or who finds something wrong with it, either doesn't know how to use it, isn't using it right, or is just not an "artist" or "designer". They create online groups to market their product, refusing to allow negative comments within those groups, because again, anyone with a problem...has the problem because of them, not because of the product!

I don't think there is really a "bad" product out there in the craft world. But not every product is for every person. And there are defective products. Things break. There are bad designs. There is faulty manufacturing. What I see are very few CEOs who will admit it and say, "yes, I know, we have a problem with that product and we are working to correct it." How can they when they are being told by everyone around them that the product is all good!

Only when a CEO walks past the layers of management, employees, design team members and ardent fans and goes out into the real world and asks their customers how to IMPROVE what they make...only then will they put on clothes that we all can see!
Posted by Jennifer Moore Lowe at 6:00 PM