Mom's teacup and the Abbey Retreat

If you remember, a year ago, I went to the Abbey Retreat and created and amazing teacup in honor of mom.  Well, this is the 1 year anniversary of her "running" to heaven, and I was inspired by a brand new Sizzix teacup die.  Boy!  Was I inspired!!!  (I bought the die at the local Stamp House  719-275-8422)

Isn't this adorable?  I used mostly Bo Bunny Press stuff....lots of die cut cardboard.  I cut the cup in chipboard and covered both sides.  Some of the silk flowers are from old hats.  I used Memory Box dressform die cuts.  The paperclip dress forms are Maya Road.  Prima flowers.  Distress Inks. 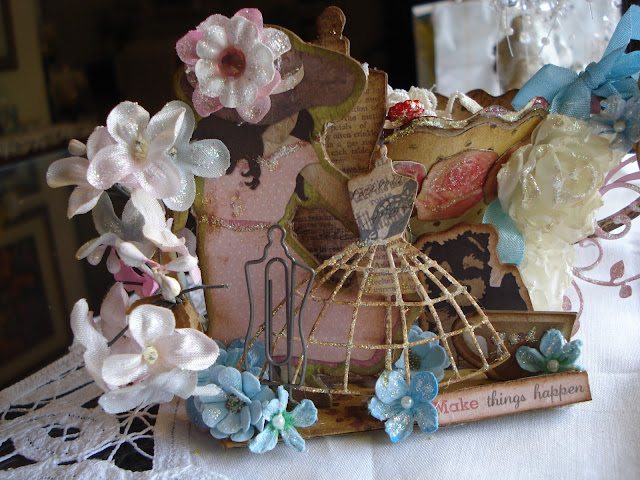 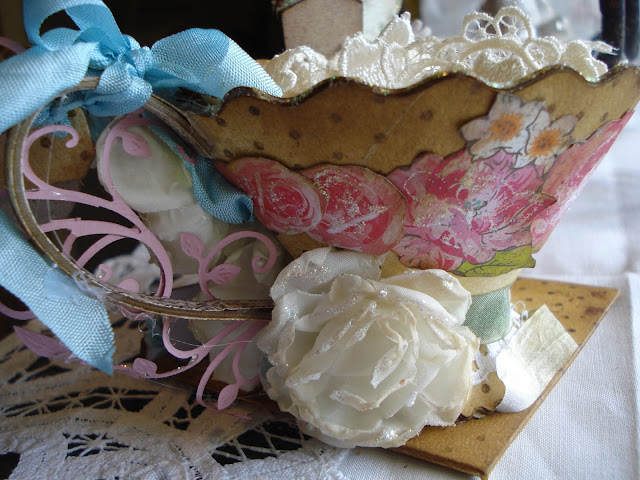 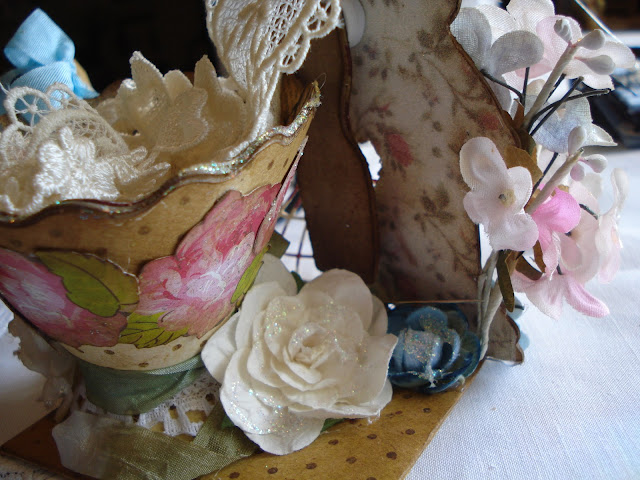 I titled this on "Make things happen".  I know that mom would have just loved it! 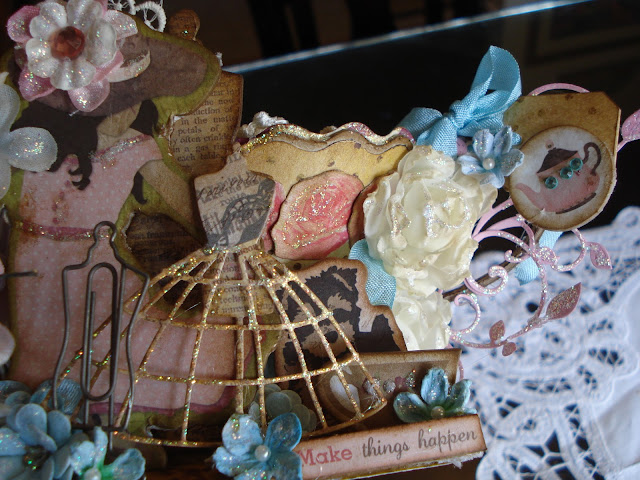 So on Sunday, I did a demo of how to assemble the teacup.  Used my Xyron 910 to adhere adhesive to everything.  It's really easy to prep and get the stickler down and dried before you even start!  For this one, I really used leftover scraps and I love how it came out!  You almost have to ask, "where's the teacup?"  LOL! 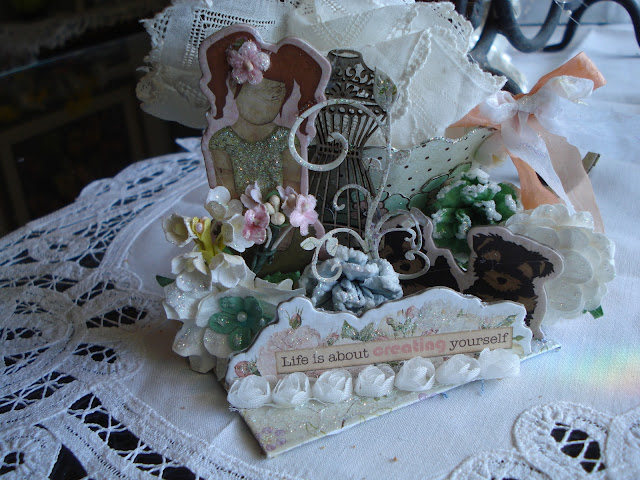 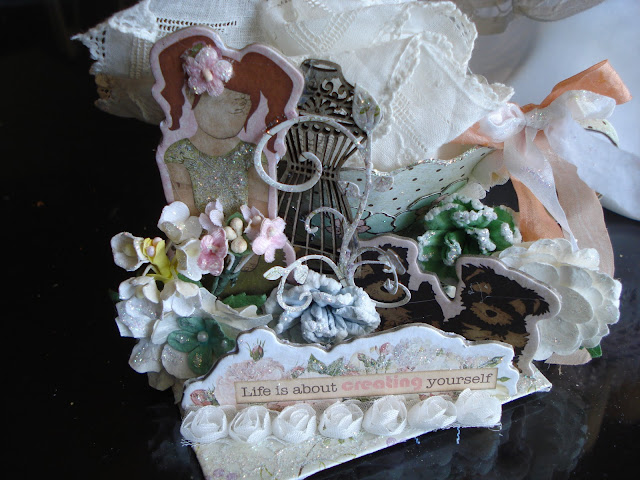 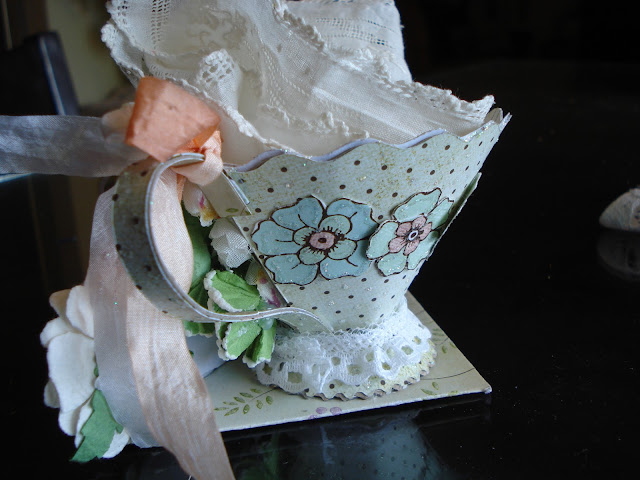 You can look at these from any side as everything is covered or hidden. 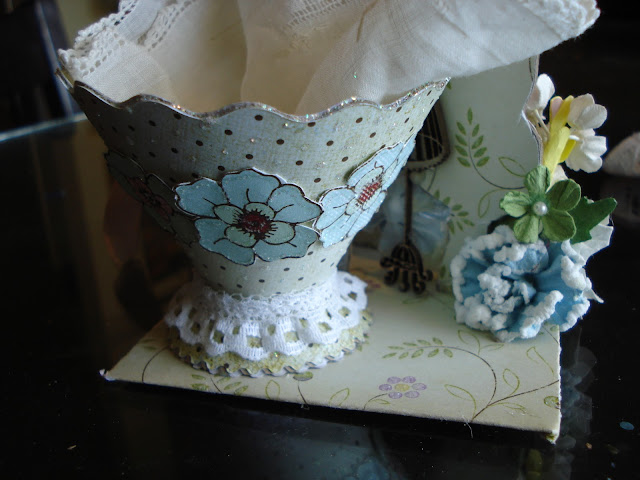 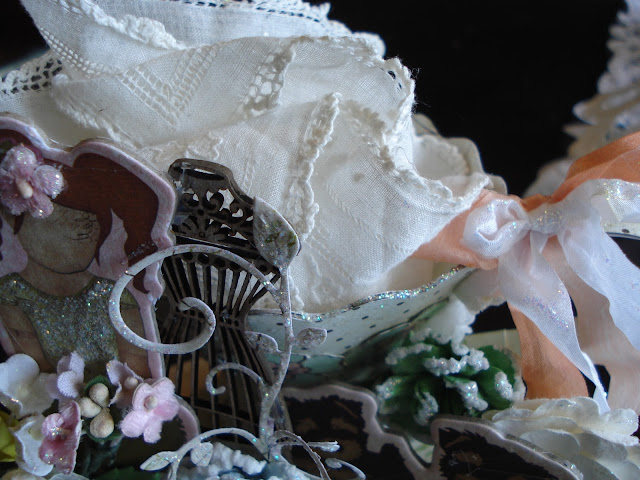 Posted by Jennifer Moore Lowe at 11:19 AM

Love your work. What is the skirt made of on the first tea cup?

It's-all paper. The skirt on the dressform I'd a memory box diecut. Hope that helps